[This was to be our 12th anniversary 911 post--and 14.5th anniversary of the NATO terror-bombing of Belgrade and environs post--but events in and around Damascus have conspired to nudge it up a little.

Of course, between US-backed interventions from Turkey and Jordan, where 1000 fresh pair of US boots have been on the ground since Spring, and the regular incursions into Syria, and especially its capital Damascus, by Israeli airpower, this another ancient seat of what can now only risibly be referred to as Western Civilization has been grotesquely degraded.  So, sad to say, looks like 911 is coming early this year.--mc] 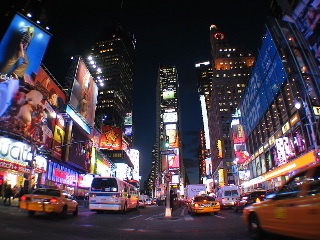 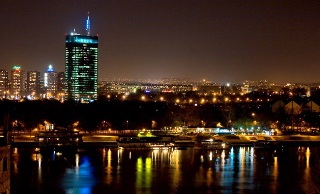 Since the terrible day of the attacks on New York City’s financial center (and on Washington DC), the pundits have been talking about wars: wars in the past and wars to come. All have called on collective memory as a force for tempering the fierce nationalist urges for retribution.

Edward Said points out the multifarious nature of Islam and suggests that Arabs in the Middle East are the victims of a Zionist intolerance similar to that born of the virulent strain of Islam that supposedly hijacked those airliners.

Noam Chomsky compared the ‘atrocity’ at the World Trade Center to Antietam, the terrible battle in the American civil war. And as to overall loss of life he suggested the New York events paled in comparison to Clinton’s bombing of the pharmaceutical factory in Sudan in response to the African embassy bombings or the sanctions against Iraq, both of which over time have claimed more than a million victims.

The Liberal columnist Wm Pfaff in the L.A. Times and the leftist radical gadfly Alexander Cockburn in his biweekly newsletter, CounterPunch, were among many who suggested the similarities between the attack on the WTC and Pearl Harbor. But Cockburn, who eats Liberals like Pfaff for lunch, suggested that as the Islamic terrorists who are supposed to have masterminded the September 11 suicide crashes were creations of the CIA, these attacks were more like the Contra war against the socialist Sandanistas in Nicaragua or the Mujahadeen’s conquest of the Soviet-backed government of Afghanistan in the 1980s.

But so far no one has compared New York’s encounter with Islamic terror to that of Belgrade.

Shortly after the failures of the Rambouillet negotiations and the Holbrooke-Milosevic talks in Belgrade and the withdrawal from Kosovo of the Peace Monitors, and just before the commencement of the bombing of Yugoslavia on 23 March 1999, an editorial appeared in the New York Times taking a position against the bombing of the city of Belgrade. It said that no matter how evil the policies of Serbian and Yugoslav president Milosevic might have been, this European capital of two million souls with its long cultural and historical ties to the West should be spared whatever destruction was being planned for the Yugoslav military infrastructure.

One could almost hear a sort of fraternity, an empathy with the people of Belgrade coming from the people of New York City. They were both multi-cultural, multi-confessional capitals—and shared most of the same values: they loved rock and all kinds of music, theatre, and poetry and history; the Yugoslavs often elevating men of the arts and letters to high public office. They had been on the same side, the winning side, in the two great wars of the 20th Century. There had even developed over the decades a shared business culture. It was, after all, Western neo-liberal reforms that had been at the heart of the break-up of Yugoslavia in 1989-91.

But as soon as the NATO bombing started and quickly spread to all areas of Serbian civilian life, the Great Grey Lady, as the Times is sometimes sentimentally referred to, quickly fell into full goose-step with the rest of the media and beat the war drums demanding punishment of the Serbs for their aggressive nationalism in starting all the Balkan wars of the 1990s. 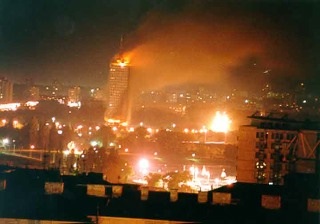 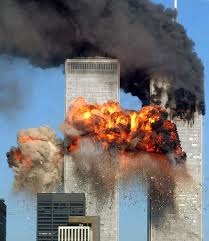 So when the horror hit Manhattan’s financial district on September 11th, (9-11, the date the way Americans write it, is also the number dialed for emergency assistance) and the perpetrators were quickly identified as Islamic followers of Saudi CIA asset Osama bin Laden, there was nary a word spoken or a line written about any of the history that links these two great capitals.

I’m only an amateur at all this, but here are some items that might have lessened the feeling of alienation and isolation for New Yorkers:

1) Osama bin Laden travels on a Bosnian passport—a letter of transit guaranteed by US and NATO occupation forces that hold up that incredibly corrupt and feeble state.

2) The bombs used in the African Embassy bombings in Tanzania and Kenya were supposedly assembled by Islamist terrorists in Albania before being delivered to their targets.

3) The devastating loss of 400 firemen and rescue workers was the result primarily of the timing of the second airliner’s crash into the WTC South Tower. The 18-minute lag was just enough to get the rescue workers in place to be crushed by the crumbling building. I first discovered this technique in a Michael Parenti article in Covert Action Quarterly. It was employed by NATO in its bombing of Yugoslav civilian targets and for just that purpose: to trap and kill anyone who came to the aid of the victims of the first bombing run.

4) A rather cynical tendency to blame the US government for these attacks—if not for being actively complicit in a plot to save the foundering US economy by bringing about a world-wide war, then at least for being criminally negligent or incompetent in defending its capitals against a well-known, well-documented, and even self-generated threat—seems to be a reflex of modern public opinion. Remember how many in the West, as an expression of support for the Muslim terrorist-rebels in Chechnya, blamed the Russians for bombing their own apartment buildings and killing more than 300 of their own citizens? And how the subject was simply dropped when it became apparent that the Izetbegovic government in Sarejevo was itself responsible for the snipers and explosions that were blamed on the Serbs and brought about the first 14-day bombing in 1995? And how Carla Del Ponte, the chief prosecutor at the Tribunal in The Hague, suggested that Milosevic was responsible for the deaths at Belgrade TV because he knew of their probability but failed to warn the employees and allowed NATO to kill them in order to boost his popularity?

5) And more anecdotally: When a former friend of mine, a former New York Jew (well, he’s still a Jew, he’s just lived in Paris for the last 25 years)—when in the Spring of 1999 this intelligent and literate Manhattanite was presented with the reality of his two countries’ bombing their former anti-fascist ally, the final resting place of many of their heroic native sons (and Belgrade was and is still a rare place of sanctuary for Jews); his response was: “We should bomb them and keep bombing them and when they beg us to stop we should bomb them some more.”

Of course, America is grief-stricken and living in the terror of what might follow these incredible attacks. Its suffering people really should not have been expected to draw comparisons to its longest continuous military campaign since Vietnam. And the media have conspired with the pharmaceutical companies to reduce public memory along with public attention to the bare minimum required for meaningless toil—the length of an MTV video or a chorus of God Bless America.

And when it is necessary for ego defense to see men with an ideal, a love or a hate, a passion, a faith so great they are willing to give up their lives, and take the lives of thousands of other innocents with them, as faceless cowards; it wouldn’t do to recall how for 78 days and nights from great altitude and with no allied casualties, one’s own government dropped nuclear filth, mutilating, murdering anti-personnel bombs on men, women, children, the sick and the aged, in hospitals and schools and factories and office buildings and churches and playgrounds and parks and all other public places in support of the very same kind of Muslim terrorists who have just visited on USA the greatest single civilian catastrophe in its history.

Yet one must also consider that Belgrade was complicit in this historical amnesia. In the 10 October 2000 Der Welt, it was noted that after the victory of the ‘democratic opposition’ of Kostunica and Djindjic and in honor of the many visiting Western dignitaries, the eternal flame at the memorial to the victims of the NATO bombing was extinguished.

[nb—This last graph was cut by the courageous editor at Balkans Infos when the article appeared (in French) in the October 2001 edition.]

Posted by CirqueMinime/Paris at 10:13 AM