The Will of Muammar Gaddafi 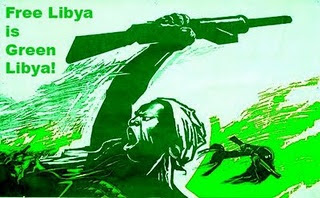 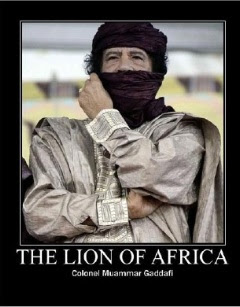 [The assassination of Muammar Gaddafi on 20 October 2011, during the vile and cowardly NATO aggression against Libya and its courageous people, the Mother of All War Crimes, according to the Nuremberg Principle, a principle so expediently overlooked and even perverted by the current ridiculous manifestations of so-called International Justice, is just the latest in a series of nation-killings that have targeted countries who would seek to live independent of corrosive collaborations with Western Waste Capital: Congo/Zaire, Afghanistan, Palestine, Iraq, Rwanda, Yugoslavia, Libya, Côte d'Ivoire, and, soon, Syria and Iran (just to cover one side of the planet without the aid of a thorough Google search).

While the US piteously slavers over its self-inflicted social and economic wounds, always stupidly blaming its leadership and the venality of its elites, the most bloodthirsty and genocidal power History has ever known, with the full blessing of its population, continues to ravage those materially less powerful than itself, and, after degrading all other aspects of Human life, lays waste to Hope. --mc]

This is my will. I, Muammar bin Mohammad bin Abdussalam bi Humayd bin Abu Manyar bin Humayd bin Nayil al Fuhsi Gaddafi, do swear that there is no other God but Allah and that Mohammad is God's Prophet, peace be upon him. I pledge that I will die as Muslim.

Should I be killed, I would like to be buried, according to Muslim rituals, in the clothes I was wearing at the time of my death and my body unwashed, in the cemetery of Sirte, next to my family and relatives.

I would like that my family, especially women and children, be treated well after my death.

I call on my supporters to continue the resistance, and fight any foreign aggressor against Libya, today, tomorrow, and always.

Let the free people of the world know that we could have bargained over and sold out our cause in return for a personal secure and stable life. We received many offers to this effect but we chose to be at the vanguard of the confrontation as a badge of duty and honor.

Even if we do not win immediately, we will give a lesson to future generations that choosing to protect the nation is an honor and selling it out is the greatest betrayal that history will remember forever despite the attempts of the others to tell you otherwise.

Muammar Gaddafi was the leader and guide of the revolution of Libya. He died a martyr to the noble cause of the independence and sovereignty of his country, assassinated on 20 October 2011 by traitors in the service of NATO. This English translation of his will was published by BBC on 23 October 2011; it is reproduced here for non-profit educational purposes. Note: In Islam, the body of a martyr is to be buried unwashed, like those of the followers of Muhammad who died at the Battle of Uhud, fighting against the Meccan army.
Posted by CirqueMinime/Paris at 11:35 AM