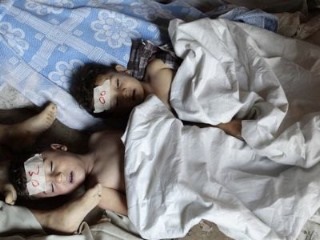 Why is it wrong to direct institutional criticism of various US State Dept. and DoD policies against a single individual, President Barack Obama? Why does one announce the irrelevance of what is to follow by leading with ‘President Obama is a socio-pathological liar’ or ‘Obama is a crazed war criminal, a race traitor and the blood-thirsty murderer of Muslim women and babies’ or (perhaps the saddest misreading of recent History) ‘Obama has betrayed the Black Prophetic Tradition’?—This ‘Prophetic tradition’ being the name recently given to the anti-communist tendency born out of the lynching of the Black vanguard of International Workers Movement.


What is wrong with attacking policy by attacking a single, however thoroughly demonized, leader? After all, was not Slobodan Milosevic responsible for the ‘genocides’ in Bosnia and Kosovo?  Was not Juvénal Habyarimana (posthumously through his 'extremist' Hutu-led MRND party) responsible for the ‘100-day 1994 genocide of Tutsis’ in Rwanda?  And was not Saddam Hussein responsible for the ‘genocide by gas’ of his own Kurdish fellows?  And was not Sudan’s president Omar al-Bashir responsible for the ‘genocide’ in Darfur?  And Moamar al-Kaddafy for the ‘genocide’ in Benghazi (or wetfe in Libya)? And Stalin for the 1933-34 ‘genocide-famine’ in the Ukrainian SSR?  And weren’t all these bloody tyrants punished for murdering their own people by having significant numbers of their countrymen and women and boys and girls slaughtered by a heavily-armed and ruthlessly Humanitarian West?  For who else but a sub-human people, a people unworthy of continued membership in the Community of Nations, would support—and do so democratically—such monstrous tyrants and vicious dictators?

And how then does one quantify Evil in order to say ‘Obama is more war-like than Bush’ or ‘Obama is the cruelest president in History, having pardoned fewer convicts than any other’ or ‘Obama has gone after twice as many (or fill in any factor that gets you off) whistle-blowers as any (or all) previous US head of State”?  Is this the same sort of math that makes Chelsea Manning’s 700,000 Iraq and Afghan war sit-reps (i.e., situation reports, used routinely in judicial investigations) or previously extant gun-sight videos, or Edward Snowden’s millions of ‘stolen’ phone company records obtained from the NSA, an organization involved in national and international ‘espionage’ or ‘information gathering’ since Truman was playing ‘Tea for Two’ in the Blue Room—is it the absolutely indigestible quantity of this anal leakage that turns it from excelsior to fois gras?  And turns nerdish, libertarian flacks like Assange, Hedges and Greenwald, guys who slobbered all over one another to catch as many of Mr. Soros’ colorful counter-revolutionary table scraps as they could, into the new Drew Pearsons and I.F. Stones?

And who really does this sorta shit?  Who benefits from this non-, even anti-criticism?  And what is the damage done to the Public Consciousness?

Most of the intellectual fly-weights who regularly get off on attacking political leaders for the misdeeds of their national institutions, thereby avoiding any due diligence in favor of mash notes on wet cocktail napkins, suffer from a common sort of Libertarian anti-Statism:  a kind of ambulatory paranoid States-o-phrenia where they are unable, or just too lazy, to distinguish between certain strategic appositions: like the differences between the Public Weal and Private Greed, or between the Government and the State, or (and I thank President Obama’s Syria speech for this one) between the role of Commander-in-Chief and that of the President.

Conservatives fear and loathe the restrictive powers of the Big State, how it represses unto suppresses their ‘god-given, individual freedoms’—their imagined rights to do anything they want, with whatever they choose, to whomever they like (or, more probably, dislike).  This right-wing faction of the criminally demented can usually be found on FOX News or at Mr.Conservative.com or the Drudge Report, and, like today’s Republican Party, should be pitied for its self-inflicted irrelevance.

But those who pretend to be Progressives, those who sit on the left side of the Assemblée Nationale, those NPRsters, unquestioningly anti-racist, anti-sexist, anti-Glenn Beckist, who proudly bear the label of Liberal and Democrat: for them to attack the US State in the person of a twice duly- and democratically-elected President Obama, is not just to abandon any pretense of being pro-democracy and anti-fascism, not just to mortgage their critical credentials for the sake of a heightened TVQ and a narrowed political identity, or to valorize their obviously shabby non-information through the tawdry offices of a false, media-driven consensus and, thereby, hopefully, to erase the memories of previous grave errors or other craven betrayals d’antan: it is, quite literally, to join in the hallucinatory circus of bi-partisan bad faith, reflexive ignorance and petty jealousy that is currently eating away at what precious little is left of a mental or spiritual life in the post-rational, post-decent West.

So, how appropriate that Thierry Meyssan should find his way onto my computer on this day, 11 September 2013! For it was Meyssan's Reseau Voltaire (through my friend and general counsel, Chris Black, the once and future Jacques Vergès) that first revealed the US govt. and media photos of the Pentagon on that Tuesday morning in 2001, showing that there was not a trace of a Boeing 757 having crashed into it and plenty of evidence that it had been lanced, like a great, suppurating fistula by some sort of airborne explosive engine—sorry, a missile. This was the genesis of the 911 Truth movement—though military intelligence has all but erased it from the file.

After another thinly encoded SOS from President Obama last night: (something like) "As Commander-in-Chief (of the most formidable Imperialist Juggernaut in the terrible History of Human Evil), I fully support our Intelligence (lies, damned lies, and Mossad pys-ops) that would lead us rationally to conclude that, because hundreds of kids were gassed on 21 August by the bloody butcher of Damascus, the Syrian dictator Bashar al-Assad (whose newly reconstituted multi-party, secular State awaits general popular elections in 2014), raining hellfire on Syrians is the most effective way to protect Humanity from Absolute Human Evil (Assad? Real Democracy?); but as POTUS, leader of one of the world's oldest constitutional democracies, I think it a better idea to let the US (civilian) Public (even by way of its privately-bought and well-paid for political representatives) express themselves on these dire issues, for which they will have to shoulder the ultimate responsibility.

Get it? There are two leaders of the US: The C-in-C of the world's most genocidal armed forces and the twice popularly elected President. This is some repugnant, drug-resistant Sybil shit, here.

So, which is the real Barack Obama? --Sorry lefties, if you missed this distinction before, you’ve already failed the class and need just to shut the fuck up.--mc


Posted by CirqueMinime/Paris at 12:34 PM