[This is a repost from my German friend Irene Eckert's Eirenae's blog.  It's a response to an initiative circulated on the internet and endorsed by many 'prestigiouis personalities' about the need to bring peace to Syria.  I told Irene I was struck by the historical genetic fallacy (about the origins of the conflict) that turned, I'm sure, sincere desires for Peace and Democracy into apologetics for international aggression, militarized chaos and the bloody death of innocents.  Not since I hung out with Me Vergès have I heard this cogent a critique of the situation in Ba'athist Syria--and the region, in general. --mc] 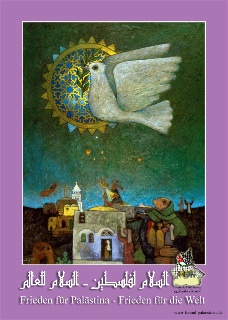 The Truth Will Set Syria Free!

The new "Syrian Peace Initiative" called for by prestigious
personalities seems valuable only at first sight. But, as it is
based on false assumptions,  it  will not lay the path to peace
and democracy.

Giving a positive connotation to the  "Arab Spring" won't
either. It would be better, metaphorically, to describe it as a
"thaw-period" or "colour revolutions", alluding to Khrutschev
and his later followers in Eastern Europe.

A "movement" that eventually develops into the eve of destruction
cannot be called a  popular liberation movement. We can see this
more clearly now  in Tunesia,  in Egypt, in Yemen, not to mention
in Libya or Syria. The so-called oppositional forces there did not
open  up their respective societies for greater liberties. With
multimillionaire George Sorros and 'non-violent revolutionary' guru
Gene Sharp hailed as heroes in Tahrir, its character should be quite
clear.

"By their fruits ye shalt know them". The fruits of the oppositional
movement in Syria are  almost  as rotten as they were in Libya.

The country was quite  well off before the so-called Spring
arrived. Bashar Assad was, and obviously still is, a  popular
president. He is an ophtomolgist by profession and  was trained
in Great Britain. He is young, and he is far from being a sectarian
fundamentalist. Under his leadership many liberal reforms have
been undertaken, the constitution was revised, and even under
the extreme pressures a referendum was held and 'democratic
reforms' were approved by the electorate.

But the Western powers wanted the entire cake, and piece meal
was not enough for them.

Hence, democracy, justice and peace cannot be brought about
either through foreign meddling, or by siding with the opposition.
Democracy must come exclusive from the people of a sovereign
country, themselves.

We must, therefore, pressure our respective governments to respect
the UN-Charter. We must lobby for the respect of the sovereignity
of all UN-member states. Our call must be:

No foreign intervention!
No support for hired opposition forces!
Respect international law!
No to the deployment of "patriot" missiles at the Turkish-Syrian
border!

Posted by CirqueMinime/Paris at 9:54 AM