[This is already about a week old, but it seems important to note at this time of heightened counter-revolutionary violence in Syria and throughout the Israeli-occupied territories—and the renewed war-drumming in the media against Sudan and President al-Bashir (see Nick Kristof's column in 6 June 2012 NYTs)—that another of the International Communities judicial weapons for war-by-any-means is running out of gas—morally, if not financially. –mc] 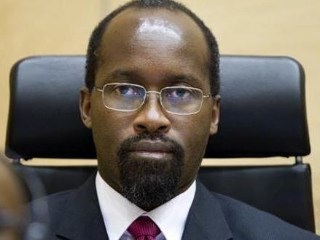 Arusha, 30 May 2012 (FH) -  The Appeals Chamber of the International Criminal Court (ICC) on Wednesday unanimously rejected the appeal filed by the Prosecution against the refusal to pursue charges against the Rwandan Callixte Mbarushimana.

The Prosecutor had wanted to go after the Executive Secretary and spokesman for the Rwandan Hutu rebels of the Forces Démocratiques de Libération du Rwanda (FDLR) for war crimes and crimes against Humanity committed in the east of the Democratic Republic of Congo (RDC) in 2009.

But the trial chamber had, on 16 December 2011, refused to pursue these charges, finding that there was not sufficiently serious evidence to bring the Rwandan to trial.  The trial chamber at that time ordered his immediate release.  The Prosecution appealed this ruling.

"The decision of 16 December 2011 is upheld, and the appeal is rejected," declared Judge Erkki Kourula at a hearing that was transmitted live by satellite.

The ICC Prosecutor had presented Mbarushimana as the "respectable face" of this Rwandan Hutu militia.  According to the office of Luis Moreno Ocampo, the spokesman had contributed to crimes committed on the ground by the FDLR by carrying out an "international media campaign" through communiqués filed from Paris.
As an outcome of investigations of the crimes of the FDLR, the Prosecutor asked the ICC judges on 14 May to issue a warrant for the arrest of the highest ranking commander of the armed group, General Sylvestre Mudacumura.  The judges have not as yet responded to this request.

Based in the East of the RDC, the FDLR, which includes some combattants who were deeply involved in the Rwandan genocide, are considered a source of insecurity in the region of the African Great Lakes.
ER/GF [Translated from the French by CM/P]
© Agence Hirondelle

Posted by CirqueMinime/Paris at 2:30 PM