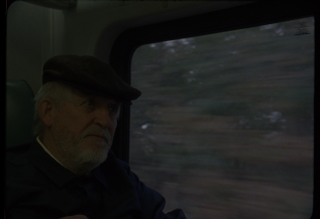 The video of this presentation can be found here:

anti-Palestinian madness), the repetition/compulsion syndrome driving this paramilitary activity that

passes for geopolitics may have, once again, disappeared into the fuzzy uniqueness of this, yet another

privatization of the Soviet Union. Then, similarly, came Yugoslavia’s violent buy-out. And most recently

Libya’s Jamalahiya was overturned and its leader murdered most gruesomely. All the while, there have

been parallel fascist acquisitions using this model for geopolitical privatization at work in Iraq,

Afghanistan and, with much less success though just as much violence, in Iran–actually, throughout

buy-out in the name of Human Rights and civilian security–the linguistics of it, the media lies and

manipulations in the use of terms like ‘genocide’, ‘rape as a weapon of war’, and duly elected leaders as

‘dictators or Stalinist strongmen’, the evisceration of the international Justice system (such as it is or ever

has been), and the ﬂipping of international institutions for Peace into global militias for the IFI

how this latest crime against Humanity is neither unique nor singly correct, and that the subsumption of

use-value by exchange value, on a purely human and geopolitical level, has led to the uncontrolled and

uncontrollable destruction–for no good purpose and to no one's real gain: just wasting for waste’s sake–of

Collins is either a washed up stage and screen actor/writer/director moonlighting as a geopolitical historian/agitator/propagandist, or vice versa.
Posted by CirqueMinime/Paris at 11:15 AM