Reaction of the UN Political Prisoners to the Mutsinzi Report 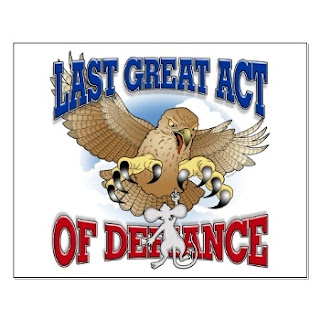 Reaction of the UN Political Prisoners to the Mutsinzi Report
[Here attached is a PDF of our rendering into English of the analysis of the Rwandan Mutsinzi Committee Report by the UN Political Prisoners & POWs in Arusha—certainly not the first such response to this last desperate act of defiance by a bloody and morally bereft Rwandan State—a national entity that would have to bathe itself in 151-proof battery acid just to clean up enough to qualify as a ‘rogue state.’ But then there are no crimes so heinous, so unspeakably bloodthirsty and venal, that the NATO military/industrial humanists won’t absolve.

A petty irony is that the mainstream narrative—the Rwandan Genocide story as spun by the likes of Philip Gourevitch, Samantha Powers and Gerard Prunier—has had, more and more, to ignore the diabolical details of the developing historical record, while continuing to claim general support from this same evidentiary body, the results of inquiries, investigations and trials by international political and judiciary institutions that, in reality, reduce the glossy magazine history to pure, though grimly cynical, fantasy.

The Mutsinzi Committee Report was a direct response to Judge Jean-Louis Bruguière (http://cirqueminime.blogcollective.com/blog/_archives/2007/9/30/3262522.html), whose investigation into the deaths of the three-man French flight crew of President Habyarimana’s doomed Falcon 50 jet produced a compendium of 8 years of harvested evidence, UN and international NGO reports, witness testimony from various national judicial, parliamentary and military hearings, as well as the trial transcripts and other documents from the International Criminal Tribunal for Rwanda (ICTR) in Arusha. Everything necessary to assign responsibility for the signal terrorist act of 6 April 1994, the consensus trigger for Rwanda’s 100 days of carnage, and, really, Africa’s 911, is in the Bruguière Report. So to impeach this judgment would prove a neat trick, indeed. Mutsinzi was just not up to it—not even close.

And the UN Prisoners have shown just how ridiculous such a pack of mendacious scoundrels, hired to do the bidding of a soulless emperor, can be. –mc]

Attachments:
Posted by CirqueMinime/Paris at 3:42 PM