Can Democracy Be Born Again in Greece?! 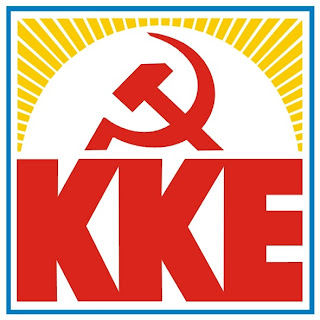 Can Democracy Be Born Again in Greece?!
[Any hope for the future presupposes a general refusal by the People to remain in or return to slavery.

Here are images of the People of Greece and their response to the global crisis of waste capitalism.

But in the US? Can Americans break the mystical (yet ironclad) chains of superstition and propaganda that have been cinched-down on them by their waste culture and its craven, soulless media?

The country is currently blessed with a brilliant leader who is the descendant of slaves--American wage-slaves and Kenyan colonial subjects--his image alone should be a banner under which the American People march against the criminal speculators and other waste mongers that have degraded their nation and their daily lives to the point of no longer being humanly sustainable.

Before Capitalism can be converted into some sort of rational and decent social productive order, Capital must first be challenged, then controlled by the People.

A sort of Democracy (government of, by and for the 'demos,' really more republican than democratic, founded, as it was, on a rigid hierarchical class structure with abundant access to slave labor, but . . .) was long ago born in Greece.

So watch this video from the Greek Communist Party and look to emulate the spirit of the Greek workers--if we are to have any hopes for the rebirth of a real, popular democracy. --mc]


http://www.youtube.com/watch?v=kYjt7gvICF8
Posted by CirqueMinime/Paris at 11:28 AM