Pierre Péan and Prince Antoine Nyetera Highlight ADAD Conference
Two of the highlights of this weekend's Conference of ICTR Defense attorneys in The Hague were the French investigative writer, Pierre Péan, author of the magnificent history of the Rwandan counter-revolution (1990-1994), "Noires fureurs, blancs menteurs," and the Tutsi Prince, Antoine Nyetera, the source of Péan's controversial four-page aria on the Rwandan (Tutsi) culture of the lie (known in Kinyarwanda as ubwenge) at the very beginning (pp 41-44) of his 500+page tome. One or the other or both of them smartly pointed out that the 'culture of the lie' is characteristic to all irrational, anti-democratic, neofeudal, monarchic, minoritarian--in a word, Fascist--political cultures. The ruling minority, in constant fear of being turned out by the masses they exploit for their privileges, always play it fast and loose with the Truth, with History, with Reality. And if you have a problem with that fact, then you're probably a neofeudal nostalgic, a cringing anti-democrat, a wincing Czarist, a putrid piece of Nazi scum.

Péan's book came out in 2005 at about the same time that journalist Stephen Smith leaked in Le Monde the report of French anti-terrorist judge, Jean-Louis Bruguière's investigation into the 6 April 1994 missile strike against the Rwandan presidential jet that cost the lives of two democratically elected African heads of state, Presidents Juvénal Habyarimana of Rwanda and Cyprien Ntaryamira of Burundi, their entourages, the Chief of Staff of the Rwandan Army, Déogratias Nsabimana, and the three-man French flight crew, Jacky Heraud (pilot), Jean-Pierre Minaberry (co-pilot), and Jean-Marc Perrine (flt engineer), the three French nationals whose families instigated the Bruguière investigation.

Bruguière not only found Paul Kagame and his RPF, currently the governing power in Rwanda and the darlings of American clerico-fascism, to be responsible for the 6 April terrorist attack on the Presidents' plane--a terrorist attack and not simply an act of war, as Paul Kagame would like to have it, because it took place while the Arusha Peace Accords of 3 August 1993, to which both the Habyarimana government and Kagame's RPF were signatory, were in place--but his investigation also traced the RPF's involvement in the liquefactionist destruction of the Rwandan revolution back to its 1 October 1990 invasion from Uganda, under the banner, using the arms, personnel and materiel of the Ugandan National Resistance Army (NRA), through a four-year reign of terror, the double presidential assassination and the subsequent bloody nationwide military offensive it triggered, unto the 1996-1998 invasions of Eastern Congo with their loss of innocent non-combattant lives now in the multi-millions and climbing everyday.

In the time-tested tradition of The Holocaust Industry, where with each military onslaught comes a parallel propaganda blitz keyed to the issue of the minority Tutsi genocide: from the Rwandan Social Revolution of 1959, where the Hutu majority overthrew colonially-supported, neofeudal Tutsi minority, to the ravaging of the Hutu refugee camps in Congo, the rationale has always been couched in a Human Rights defense of the Tutsis against genocide or against 'the ideology of genocide.' So when Judge Bruguière's report came out charging the Tutsi 'rebels' of the RPF with doing the bulk of the killing in Central Africa, and the Hutu majority making up the majority of the victims, Rwandan President Paul Kagame's reflex was to break off diplomatic relations with France, claiming the judge's report was politically motivated and an attempt to hide France's key role in planning and preparing the genocide of 800,000 Tutsis and moderate Hutus in the one-hundred days between 6 April and 16 July 1994.

The initial 2008 civil suit brought by SOS-Racisme against Péan, one of the organization's founders and a long-time patron, and his editor, Claude Durand, seems part of this Holocaust Industry-like subterfuge for attempting damage control. Last November the Paris court acquitted Péan and Durand. But immediately the plaintiffs filed what is, here in France, called 'an appeal,' but what seems to someone who's only played a couple of lawyers on TV like double jeopardy.

So here is the AP story on Péan's recent re-acquittal that we translated from the French: 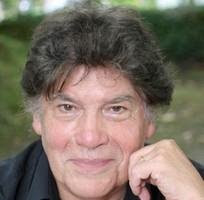 The writer Pierre Péan was acquitted for a second time Wednesday (18/11/09), on charges of provoking racial discrimination in his book on the Rwandan genocide, "Noires fureurs, blancs menteurs" ["Black Fury, White Liars"--though no English version yet exists--nb], published in 2005. "It is a victory for freedom of expression," said his lawyer Florence Bourg. His editor, Claude Durand, was also acquitted.

"I'm very pleased with this decision, which is in keeping with the rule of law. There was no criminal intention on Pierre Péan's part, and he did not incite racial hatred," 'Maitre Bourg said. "'Noires fureurs, blancs menteurs' is, above all, a political analysis."

For the court, there was no defamation or incitement to racial hatred on the part of the writer. The Court of Appeals in Paris decided, as did the court in the first trial last year, that Pierre Péan and his editor did not promote racist thought. The complaint had called for them to be condemned for racial hatred.

SOS-Racisme had filed its complaint in October 2006, charging Péan with having written that the Tutsis resorted to lies and dissimulation or were masters of manipulation, the writer sometimes citing other authors in the pages in question.

In the first trial, Pierre Péan was acquitted of the two most important charges, "complicity in racial defamation" and "complicity in the provocation of racial discrimination."

The lawyer for SOS-Racisme, Lef Forster, said that the plaintiffs are going to file yet another appeal with the French Supreme Court.

As with the first trial, the court dismissed the countersuit by Péan and his editor against SOS-Racisme for "abusive persecution." --AP

***************************************
 
But this time out the Human Rights and Holocaust Industrialists brought some stronger shit into the game. Elie Wiesel, the renowned survivor of the Nazi concentration camps, who fled Auschwitz only to follow his Fascist tormentors back into Germany and await Western allied liberation at an abandoned Buchenwald, rather than be sprung in Poland by the Red Army, weighed in against Péan--in a case he seemed painfully unfamiliar with--by charging the writer with failing to 'privilege the victims' truth' in his recounting of the mass killings in Rwanda, which The Wiesel would liken to The Shoah.--in what the French would call an 'amalgame.' So it turns out that the HI's stronger shit is really pretty weak.

Péan's response to The Wiesel's intimations of revisionism or negationism is worth taking a good look at:

His actions called into question by the Nobel [Peace] laureate in the midst of the civil trial over his book dedicated to the Rwandan genocide, Pierre Péan sent us the following letter:

“What an honor for a writer to arouse a response from a Nobel Peace Prize winner!

Did he write his article a few hours before the beginning of my trial so as to influence French Justice? Such would not be worthy of him. In fact, I’d like to believe that, despite what he wrote, he has not really read my book, “Noire fureurs, blancs menteurs,” and that that is why he caricatured it as “Morally deplorable and historically regrettable.”

For those readers who would not know my book except for Elie Wiesel’s critique, I will straight away point out that I was acquitted by the court of these same charges of racial defamation and incitement to racial hatred, brought by SOS-Racisme, after the first trial. The action was brought because of a few sentences, found on pages 41 to 44 of my 500-page book, which were part of a quick political history of Rwanda since the beginning of the 20th century: I wrote these pages with Antoine Nyetera, a Tutsi descendant of the royal family.

Elie Wiesel distorts my intentions by looking to capture the whole book in a single sentence: “The Tutsi chiefs were responsible for their own catastrophic downfall, which they, then, called genocide.”

Why speak in the plural of ‘Tutsi chiefs,’ when it is a political organization, the RPF, equipped with its own armed forces, that I am charging?

I acknowledge that Paul Kagame, at that time the leader of the RPF, is responsible for the attack of 6 April 1994 against Juvénal Habyarimana, the legitimate president of Rwanda. But, today, the whole world knows that this act of war was what triggered the genocide. Because of this, Kagame bears an important part of the responsibility for the genocide of the Rwandan Tutsis.

Since my book came out in 2005, [French anti-terrorist] judge [Jean-Louis] Bruguière and Spanish judge [Fernando] Andreu Merelles, have likewise determined that the criminal responsibility for this terrorist act lies with the current Rwandan dictator. The Spanish judge has even issued 40 arrest warrants against Kagame’s inner circle charging them with the crime of genocide.

Elie Wiesel speaks of his experiences in The Shoah. But, these two historical calamities, the WWII Jewish Holocaust and the genocide of the Tutsis, have nothing to do with one another, and cannot be compared. It is the RPF that, on 1 October 1990, crossed into Rwanda from Uganda and, with 7,000 Tutsi rebel troops, pushed to within a few miles of Kigali: War was declared against the Habyarimana regime. After four years of military hostilities, after the genocide of the Tutsis and the mass slaughter of the Hutus, it is Paul Kagame who took state power in Kigali.

“The victims’ truth deserves to be privileged,” says Elie Wiesel. But Paul Kagame is not a victim, and the ‘truth’ that he would impose on the world is a grotesque affront to the memory of the victims. I respect the comparison that Elie Wiesel makes between these victims because it is grounded in his memory of The Shoah, but this comparison is not sufficient for seeking after and discerning the truth.

The story of the Rwandan tragedy has not yet been written; I believe I have made a modest contribution, especially by noting that the Tutsis were not the only victims, that there were also hundreds of thousands of Hutu victims.

All the victims deserve our respect and our compassion. To cry only for the Tutsi victims is “morally deplorable and historically regrettable.”

But the kicker in this whole story--and the major clear moment at last weekend's Conference in The Hague--was when Prince Antoine Nyetera testified that the greatest act of racism in the entire Péan case was when SOS-Racsime went after the European Jew, Péan, instead of his source, the African Jewish nobleman, Nyetera. (My amalgame, The Economist called the Tutsis the "Jews of Africa.")

And though I am sure we have not heard the last of Kagame and his HI/HR/Liberal/STFG minions--even with the recent spate of reversals of RPF fortunes in ICTR cases, like the acquittals on genocide charges of Fr. Hormisdas Nsengimana; of Protais Zigiranyirazo, the martyred President Habyarimana's brother-in-law whose acquittal also exploded the whole Akazu (Little House) myth of the late President's inner circle and family plotting his assassination to trigger the genocide of the Tutsis; while both these rulings followed on the extraordinary Military I judgement of December 2008 (published in February 2009) in which the 'brains of the genocide,' Colonel Theoneste Bagosora and his three co-defendants were found not guilty of any conspiracy or planning in the Tutsi genocide of 1994: it is becoming more and more apparent that the ICTR's continuing service as a mosquito net protecting the expansionist military interests in Africa of the US, the UK and Israel, is rapidly being obviated by the intense shredding of the false history and outright lies from which it was spun that is currently being carried out by the courageous and commited lawyers of ADAD and its support network--to which we here at CM/P are proud to belong. --mc
Posted by CirqueMinime/Paris at 10:01 AM